When singer Sade and her band of the same name were establishing themselves, their record company, Epic, made a point of printing “Pronounced Shar-day” on the record labels of their releases. Soon enough, the music had no problem with the correct pronunciation. With the breakthrough Billboard Hot 100 Top Ten single “Smooth Operator” propelling the debut Sade album, Diamond Life, to the same spot on the Billboard 200 chart in 1985, the band fast came to epitomize soulful, adult-oriented, sophisti-pop. Though only five more studio albums would follow in the next 25 years, the band’s following abated only slightly, and each release was treated like a long-awaited public return of a mysterious yet beloved diva.

Born Helen Folasade Adu in Ibadan, Nigeria, about 50 miles from Lagos, Sade was the daughter of an African father and an English mother. After her mother returned to England, Adu grew up on the North End of London. Developing a good singing voice in her teens, Adu worked part-time jobs in and outside of the music business. She listened to Ray Charles, Nina Simone, Al Green, Aretha Franklin, and Billie Holiday, and studied fashion design at St. Martin’s School of Art in London while also doing some modeling on the side.

Around 1980, she started singing harmony with a Latin funk group called Arriva. One of the more popular numbers that the group performed was an Adu original co-written with bandmember Ray St. John, “Smooth Operator.” The following year, she joined the eight-piece funk band Pride as a background singer. Pride’s opening acts often featured members of the band in different combinations. Pride and their off-shoots performed often around London and stirred up record company interest. Initially, the labels wanted to sign only Sade — technically a trio featuring Adu, Stuart Matthewman, and Paul Denman — while the whole of Pride wanted a deal. The members of Pride not involved in the Sade trio eventually told Adu, Matthewman, and Denman to go ahead and sign a deal. Adding keyboardist Andrew Hale, Sade signed to the U.K. division of Epic Records.

The band’s debut album, Diamond Life (with overall production by Robin Millar), went Top Ten in the U.K. in late 1984. January 1985 saw the album released on CBS’ Portrait label, and by spring, it had gone platinum on the strength of the Top Ten singles “Smooth Operator” and “Hang On to Your Love.” The second album, Promise (1985), featured “Never as Good as the First Time” and “The Sweetest Taboo,” the latter of which stayed on the U.S. Hot 100 for six months. Sade was so popular that some radio stations reinstated the ’70s practice of playing album tracks, adding “Is It a Crime” and “Tar Baby” to their playlists. In 1986, Sade won a Grammy for Best New Artist.

Sade’s third album was 1988’s Stronger Than Pride, and featured their first number one single on the U.S. R&B chart, “Paradise,” as well as “Nothing Can Come Between Us” and “Keep Looking.” The fourth Sade album didn’t appear for four years: 1992’s Love Deluxe continued the unbroken streak of multi-platinum Sade albums, spinning off the hits “No Ordinary Love,” “Feel No Pain,” and “Pearls.”

Matthewman, Denman, and Hale went on to other projects, including the low-key Sweetback, which released a self-titled album in 1996. Matthewman also played a major role in the development of Maxwell’s career, providing instrumentation and production work for the R&B singer’s first two albums. Sade eventually reconvened to issue Lovers Rock in 2000. The lead single “By Your Side” was a moderate hit, peaking at number 18 on the adult contemporary chart; the following summer, Sade embarked on their first tour in more than a decade and sold out many dates across America. In early 2002, they celebrated the tour’s success by releasing a live album and DVD, Lovers Live. They resurfaced in late 2009 with “Soldier of Love,” the lead single for the album of the same title, released the following year. In the U.S., Soldier of Love debuted at the top of the Billboard 200 chart and sold over 500,000 copies during its first week. Another live set, Bring Me Home, followed in 2012. ~ Ed Hogan

What’s Buzzing on our Front Cover ? 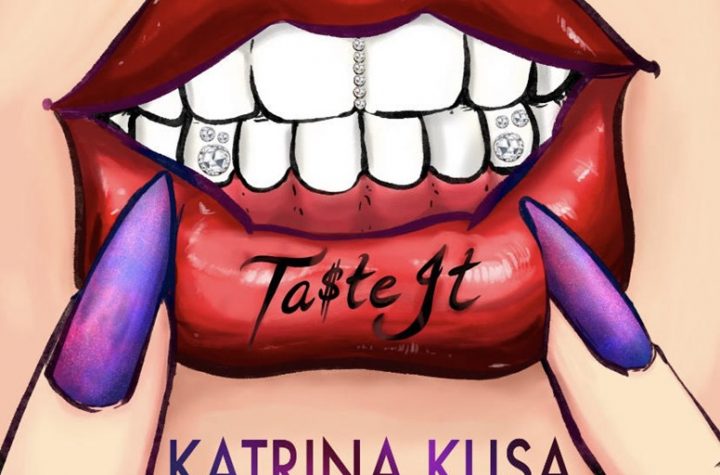